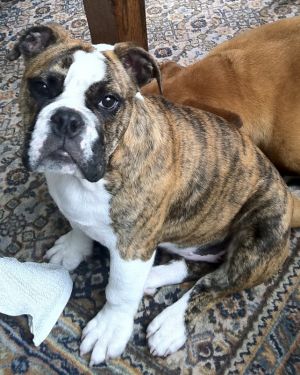 Having recently acquired a British Bulldog pup,  its time I owned up to being a lover of “Squishy Faced” Dogs.

What is it about having a face that looks like it just ran into the back of a truck that appeals to us Squishy face owners? Our flat faced friends are now more popular than ever, despite their appearance, and despite a multitude of veterinary problems.

I am fast becoming familiar with life living with a Bulldog, and it’s definitely not for everyone. Ever tried to listen to the TV over 60 decibels of snoring beast? And you can forget totally having Mr or Mrs Squishy in the bedroom at night.  (unless you’re already used to a partners loud snoring).

Squishy’s love their owners, and they just love people. Their enthusiasm for life is as good as any in the dog world, and a big part of their popularity. For those that don’t know, the Squishy Faced or Brachycephalics Breeds (in order of smallest to biggest) include:   Shi Tzus, Brussels Griffin, Pekinese, Boston Terriers, Pugs, French Bulldogs, British Bulldogs, Aussie Bulldogs, Boxers, American Bulldogs, Bull Mastiffs and French Mastiffs.

They also love their food, but they are normally gentle eaters. Having a mouth where the top and bottom rows of teeth don’t match up means its hard to snatch at food, but that wide tongue can lick out a bowl of wet food quickly, and good luck trying to force a tablet into them. Our 8 yo Bullmastiff Tess (pictured) can gag up a tablet after holding it in for minutes. 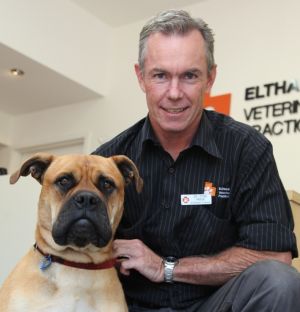 The numerous veterinary problems of squishy’s start and finish with their airways. Throw in some eye and skin problems particularly for white coated squishy’s and you’re starting to get the picture.

If you’re lucky, your squishy faced dog can manage a brisk 40 minute walk without getting short of breath. But watch out in hot weather. These guys can overheat really easily!

My Top Veterinary Tip for squishy faced owners (and it costs nothing)is:  DON’T LET THEM GET OVERWEIGHT!!! Can I say it again! DON’T LET THEM GET OVERWEIGHT!!!.  Squishy’s have enough problems breathing at the best of times, why make it harder by narrowing their airways further with fat (yes it gets in there as well). So you need to be strict with food because they do put on weight easily.

I recommend the soft palate shortening surgery for most squishy’s as well. “Martha”, our 5 month old female, improved her breathing considerably after this procedure, although there is still a limit to her endurance on a walk.

My final tip for “Squishy Faced” Dog owners is this. Think about getting pet insurance, particularly when young, and old (7 or more). You will get vet bills sooner or later.

So on a lighter note, what is the best way to have fun with your Squishy faced dog? They definitely like a romp, so long as it’s not too energetic. How about joining the “Squishy Faced Play Dates”, every last Sunday of the Month in Curtin Square Park, Rathdowne St, North Carlton. It’s  50 to 60 squishy faced dogs getting together and playing. Click on the link to check out their facebook page: www.facebook.com/SquishyFacePlayDates

And don’t ever stop loving your Squishy! 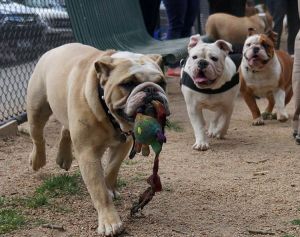